"Fright Court is now in session. Will the defendant please approach the bench? You stand accused of watching too much "Tales from the Crypt." Do you understand the charge? [camera shakes no] 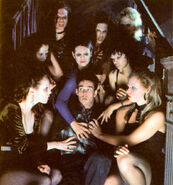 Retrieved from "https://tftc.fandom.com/wiki/House_of_Horror?oldid=10496"
Community content is available under CC-BY-SA unless otherwise noted.